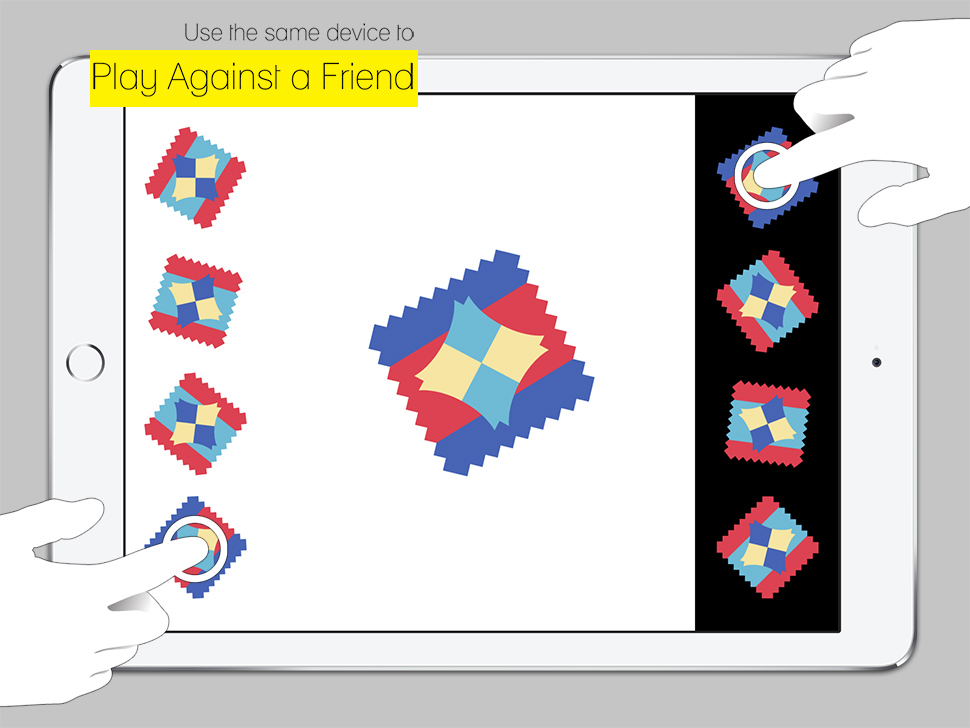 Xooz is a visual agility game that can be played by one or two players on the same device.

It’s very simple, just touch the figure that appears on the center and match them. Try to achieve the highest score (in single player mode) or defeat your opponent (in two players mode) and see who’s the fastest.

For all ages. Kids will discover new figures and colors when playing the easiest level. Harder levels will increase the complexity of the shapes and generate more indistinguishable variations.